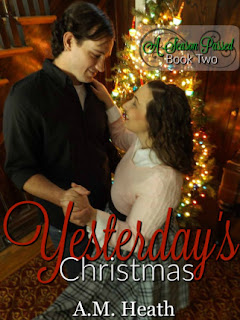 NEW RELEASE FROM A.M. HEATH RELEASE DATE: NOVEMBER 5, 2018 During a snowstorm, Betty Tanner finds herself stuck with her estranged husband. Spending Christmas with Glenn wasn’t what she had in mind, and her mind reluctantly travels back three decades to their first Christmas together, when another snowstorm caused her to wreck her car outside the Tanner home …  1954: Stranded with the Tanners over Christmas, Betty is forced into the company of Glenn, who had spurned her for years. But as the snow falls outside, the walls between Betty and Glenn begin to crumble, revealing a side of him she never knew existed. A side she longs to know better. Pride and bitterness can make a beast out of anyone. And the hardships they face in their relationship are of their own making. But can following Christ’s ways lead Betty and Glenn to the reconciliation they long for? A.M. Heath invites you to spend Christmas with the Tanners in a dual-timeline novel loosely inspired by Beauty and the
Post a Comment
Read more
October 27, 2018 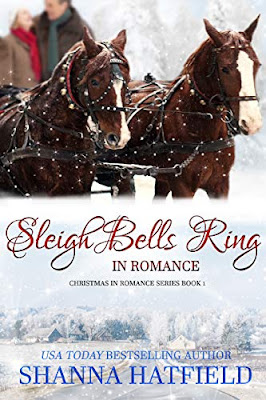 You're never too old to fall in love . . . Will over-the-hill neighbors embrace a holiday romance? Rancher Jess Milne lost his wife years ago, but he’s finally ready to give love a second chance. It’s a shame the one woman in Romance who captures his interest is a prickly, wasp-tongued she-devil. She used to be one of his closest friends until he asked her out. Her vocal, vehement refusal made her thoughts on dating him crystal clear. Despite her animosity, Jess can’t help but be attracted to her fire and spirit. Widowed more than ten years, Doris Grundy tries to convince herself she’s content with her life. Her recently married grandson and his wife bring her joy. The ranch she’s lived on since she was a young bride gives her purpose. She’s an active member of their close-knit community. But the old coot who lives down the road continually invades her thoughts, keeping her from having any peace. Doris will be the last to admit she longs for the love and affection of her h
1 comment
Read more
October 17, 2018

MY THOUGHTS:         I truly enjoyed this book!! The author paints a vivid picture of the demands of traveling in the less traveled lands. This story grabs you from the first page as characters are introduced and you become fast friends. Noelle may look small and delicate but can hold her own with the best of the seasoned travelers. I loved how Daniel and Noelle quickly learned to be quick in making decisions, making do with what they had or didn't have. They not only learned how unpredictable the severe weather was but found if they were to survive they needed to work together. A horrible accident leaves Noelle figuring out what to do, how far to travel and even providing food for the mountain man. And maybe, just maybe a romance might be blossoming between the two. Blessings, Karen Rating: 5* I received this book as a gift and all opinions are my own. About the Book Book Title:  This Courageous Journey Author:  Misty Beller Genre:  Christian Historical Roma
4 comments
Read more
October 15, 2018 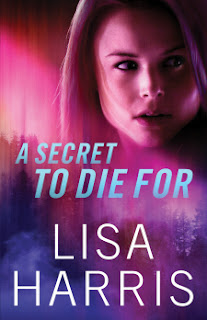 Psychologist Grace Callahan has no idea that she has a secret--one worth killing for. But when she finds out one of her clients has been murdered, she quickly realizes that the computer security specialist wasn't simply suffering from paranoia. Detective Nate Quinn has just been cleared for active duty after a bombing killed eighteen people, including his partner, and left him dealing with PTSD. His first case back on the job involves the murder of Stephen Shaw, and his only lead turns out to be an old friend, Grace Callahan--and her life is in grave danger. Someone believes Shaw gave his psychologist information before he died. Information they are willing to kill for. With her signature pulse-pounding suspense, Lisa Harris takes readers deep into the heart of fear in this race against the clock. MY THOUGHTS:       Be aware! Be very aware! Always look behind you, in front of you and around you.          You might find yourself doing these very things when you pick
Post a Comment
Read more
More posts