The first book I read by Roseanna White was "The Lost Heiress" and I was a fan. "The Reluctant Duchess" is book two in this series and she is working on book three. YAY!!


"The Reluctant Duchess" was one of the books that is hard to put down and that is why I read it in two days. Lady Rowena is a young lady who has never felt loved or cherished. Her life is full of insecurity and fear. She is a honest woman who suffers a terrible attack and is forced to wed a man she doesn't know. But through it all she finds that she is loved and cherished first by God and then from her husband. This is a excellent book about how God can take our worst nightmares and bring good from them. A reminder that He loves and cherishes us.

Purchase your copy here.
Will Fleeing the Scottish Highlands Only Leave Her in More Danger?
Lady Rowena Kinnaird may be the heiress to a Highland earldom, but she’s never felt good enough–not for her father, not for the man she thought she’d marry, not for God. But after a shocking attack, she’s willing to be forever an outcast if it means escaping those threatening her life. 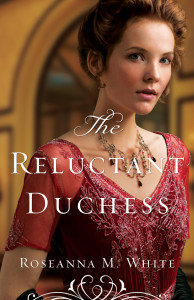 Brice Myerston, the Duke of Nottingham, has never been one to shy away from manor-born ladies, yet the last thing he needs is the distraction of the newly introduced Lady Rowena. He has enough on his plate having recently come into possession of a rare treasure for which many would kill, yet those around him seem intent on pairing him with this desperate but beguiling girl.
Rowena is reluctant to marry this notorious flirt. And when she learns that Brice is mixed up in some kind of questionable business with a stolen treasure, she fears she’ll end up in more danger than she fled. 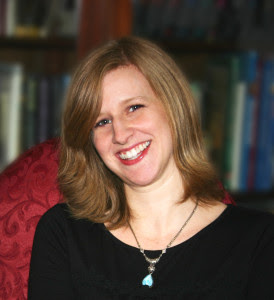 Roseanna M. White pens her novels beneath her Betsy Ross flag, with her Jane Austen action figure watching over her. When not writing fiction, she’s homeschooling her two children, editing and designing, and pretending her house will clean itself. The Reluctant Duchess is Roseanna’s eleventh published book. Her novels range from biblical fiction to American-set romances to her new British series. She lives with her family in West Virginia. Learn more at www.RoseannaMWhite.com

Though I’ve written nearly thirty books, thirteen of which will be out by the end of 2016, there’s something very special about the Ladies of the Manor Series. The first book, The Lost Heiress, is a rewrite of the first novel I ever wrote—at the age of 12-13. Once I finished that first novel, I made it my goal to keep adding more manuscripts to my “finished” file. I started in immediately on the sequel . . . and soon ran into a problem. You see, I knew who I wanted these characters to be. Brice Myerston, a duke, whom readers would have met in the first book. And a young lady from Scotland who had suffered abuse.
That’s it. That’s all I knew. And it stymied 13-year-old me, who hadn’t a clue what it felt like to suffer such things, and whose imagination, while rich, just lacked a certain basis in the realities of human nature. Probably a good thing that I gave up on the story back then, and didn’t dust it off again until my mid-20s, when I was reworking the series. And better still that Rowena had many more drafts to go through before she finally took to the printed page in The Reluctant Duchess.
I narrowed my setting down, during those years, to the Highlands, and I chose Loch Morar because of how perfectly the region of Lochaber suited the story I wanted to tell. Isolated. Stark. Rugged. Beautiful. Sometimes cruel. This was a land utterly perfect for my heroine’s family, for her back story. Then came the challenge of picking a clan for her to belong to—because lemme just tell you, one could quite easily offend with such choices, if not portrayed properly, LOL. And because I wanted her father to be chief of her clan, I ran the risk of people mistaking him for the actual chief, if I chose an actual clan.
A writing friend came to rescue and offered her last name for my heroine: Kinnaird (pronounced “kin-AIRD”), which is a sept (branch) of another clan in reality, so had no chief of its own, but was still a well-established Scottish name. Perfect!
So Rowena Kinnaird was born after many years of her character floating in and around my head and computer screen. And I got to pair this backward, sometimes shy, sometimes stubborn Scottish lass with the charming, suave, polished English duke I’d had planned out since I was 13.

I went to great pains in The Lost Heiress to make Brice Myerston a favorite character, so that readers HAD to read his story. Mwa ha ha ha. So far, so good on that score! Brice is a hero who has his faults, but he also has character. He has faith. He has a good heart, he’s considerate, he’s understanding. And he’s also so accustomed to charming everything female that he doesn’t quite know what to do when Rowena doesn’t seem inclined to be charmed.
There are clashes. There is tension. There’s much healing on Rowena’s part. Many trials for them both. But I hope that through this story of The Reluctant Duchess readers see what it means to triumph over past hurts. And how brightly God shines against the darkness.

To celebrate the release of her book, Roseanna is giving away a few of Roseanna’s favorite things. Click the link to enter: http://www.rafflecopter.com/rafl/display/e146afbf20/?
Posted by Karen Sue Hadley at 12:30 AM No comments:

I hope you've had an awesome weekend! I did, my husband and I got to spoil our three grandchildren. YAY!

I finished reading "Mermaid Moon" by Colleen Coble. If you haven't read any of her books you are missing out on great reading. It is full of breath taking suspense, much mystery and justice.

Mallory’s mother died fifteen years ago. But her father’s last words on the phone were unmistakable: “Find . . . mother.” Shame and confusion have kept Mallory Davis from her home for the last fifteen years, but when her dad mysteriously dies on his mail boat route, she doesn’t have any choice but to go back to Mermaid Point. Mallory believes her father was murdered and childhood sweetheart Kevin O’Connor, game warden in Downeast Maine, confirms her suspicions. But Kevin is wary of helping Mallory in her search. She broke his heart—and left—without a word, years ago. When Mallory begins receiving threats on her own life—and her beloved teenage daughter, Haylie—their search intensifies. There’s a tangled web within the supposed murder, and it involves much more than what meets the eye. As answers begin to fall into place, Mallory realizes her search is about more than finding her father’s killer—it is also about finding herself again . . . and possibly about healing what was broken so long ago with Kevin. She just has to stay alive    long enough to put all the pieces together.
To find more about Colleen and her books go to:
http://colleencoble.com

Karen
Posted by Karen Sue Hadley at 2:08 PM No comments:

This is a fun and wonderful novel. You'll cheer for Adelina and Reese as they struggle through the journey of their relationship. But can he forgive her for the secret of her interest in him. A story that reminds us that others may not see our motives but God does and we are responsible for our actions. Regardless of what is in our past God can heal and restore us.
Blessings,
Karen

Dr. Adelina Roseland has worked ten years in research as an accent reduction specialist to attain her dream job. But a secret wager to transform Appalachian cattle farmer Reese Mitchell into corporate material challenges Adelina in ways she never expected, threatening her new position.
For one, Adelina didn't plan for the faith and friction of Reese, or the unexpected influence of his chaotic family. Now, drawn into a culture she'd tried to forget, Adelina finds the warmth of family, the hope of faith, and the joy of love melting away the deep wounds of her past. But when Reese discovers that he's a pawn in her climb up the academic ladder, will he forgive Adelina s deceit or will their miscommunication end in two broken lives? 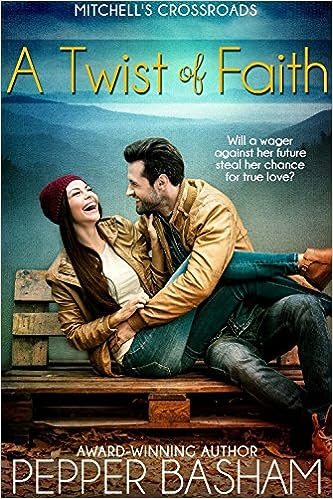 Posted by Karen Sue Hadley at 11:11 AM No comments:

In a reverse twist on the Robin Hood story, a young medieval maiden stands up for the rights of the mistreated, stealing from the rich to give to the poor. All the while, she fights against her cruel uncle who has taken over the land that is rightfully hers. Forced to live in the woods and hide with the poor people she’s grown to love, she works to save and protect them, but she never anticipates falling in love with the wealthy knight who represents all she’s come to despise.


My Review:  Isn't the cover beautiful? I so enjoyed this book. It is book two in this series. I was so glad to see a returning character from book one "An Uncertain Choice." Collin will capture your heart as he tries to help the cloaked bandit (read it to find out who this person is, nope not going to tell you). You'll smile at the bantering, hold your breath in the edge of your seat scenes and you'll keep turning the page to see what happens next.  It is a fun read yet at the same time a reminder that God never leaves even when it looks like He has forgotten us.

If you haven't read the Prequel: "The Vow" or Book 1: "An Uncertain Choice then I highly recommend them. This book can be read as a stand alone but you'll enjoy reading the previous two.

You can find out more about Jody and her books at  http://jodyhedlund.com/

I received this book in exchange for my honest review!
Posted by Karen Sue Hadley at 2:09 PM No comments: