Showing posts from March, 2021
Show all

About the Book Book:   Framed in Death Valley Author:  Dana Mentink Genre:  Inspirational Suspense Release date:  March 1, 2021 Framed for a murder he didn’t commit, firefighter Beckett Duke gave up on everything—including his marriage to spirited Laney Holland. That is, until Laney’s life is threatened. Knowing the real killer is still at large, Beckett now has one purpose: protecting the woman he loves…and their unborn child. But sometimes an innocent man’s second chance comes with a deadly price.   Click here to get your copy!   About the Author Dana   Mentink  is a two time American Christian Fiction Writers Carol Award winner, a Romantic Times Reviewer’s Choice Award and a Holt Medallion winner. She is the Publisher’s Weekly bestselling author of over forty titles in the suspense and lighthearted romance genres. She is pleased to write for Harlequin’s Love Inspired Suspense, Harlequin Heartwarming and Poisoned Pen Press. Besides writing, she busies herself teaching third grade.
Post a Comment
Read more

About the Book Book:   Texas Target Standoff Author:  Virginia Vaughan Genre:  Inspirational Romantic Suspense Release date:  March 1, 2021 A sniper lurks closer… and only a navy SEAL can save her. When psychologist Shelby Warren suddenly becomes a sniper’s target, navy SEAL Paul Avery springs into action to protect her. He needs her evaluation to get back to his team…and rescuing her might finally give him the redemption he’s been searching for. But when danger follows them to his family’s Texas ranch, keeping Shelby safe could be his most difficult assignment yet.   Click here to get your copy!   About the Author Bestselling author Virginia Vaughan writes inspirational romantic suspense. Blessed to come from a large, southern family, her fondest memories include listening to stories recounted by family and friends around the large dinner table. She was a lover of books even from a young age, devouring gothic romance novels and stories of romance, danger, and love. She soon started
2 comments
Read more

COURT OF SWANS BY MELANIE DICKERSON

March 16, 2021
COURT OF SWANS BY MELANIE DICKERSON I've tried over and over to upload a photo of this book but it just won't let me. It is written by Melanie Dickerson and anyone who has read her books know they are always a top read. I've never read a book by her I didn't like. She brings fairy tales to life and this one is no different. The characters are great, its as if they wrote their own personalities. Delia is a beloved and protected sister of 7 brothers. She'll do anything for them, even going out of her comfort zone and facing any danger to keep them from danger. Sir Geoffrey is a character you'll be rooting for as he faces decisions about where his loyalties lay. It won't take you long to read this book because you'll be looking at every opportunity of time to continue reading. Blessings, Karen Rating: 5* I received this book as a gift and all opinions are my own. This is a summary oh  Where there is wealth and power, there’s always someone willing to do a
Post a Comment
Read more 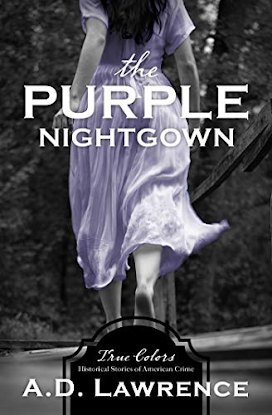 Marvel at true but forgotten history when patients check into Linda Hazzard’s Washington state spa in 1912 and soon become victim of her twisted greed.   Heiress Stella Burke is plagued by insincere suitors and nonstop headaches. Exhausting all other medical aides for her migraines, Stella reads  Fasting for the Cure of Disease  by Linda Hazzard and determines to go to the spa the author runs. Stella’s chauffer and long-time friend, Henry Clayton, is reluctant to leave her at the spa. Something doesn’t feel right to him, still Stella submits herself into Linda Hazzard’s care. Stella soon learns the spa has a dark side and Linda a mean streak. But when Stella has had enough, all ways to leave are suddenly blocked. Will Stella become a walking skeleton like many of the other patients or succumb to a worse fate? Visit A.D. Lawrence on her blog:  https://adlawrencefiction.com/blog and on Facebook: https://www.facebook.com/adlawrencefiction MY THOUGHTS:  This is the 11th book of True Colo
Post a Comment
Read more

Sing in the Sunlight

About the Book Book:   Sing in the Sunlight Author:  Kathleen Denly Genre:  Christian historical fictioni Release date:  March 2, 2021 Richard Stevens isn’t who he thinks he is. Neither is the woman who now claims his last name. Disfiguring scars stole Clarinda Humphrey’s singing career, her home, and her family, but she refuses to let her appearance steal her future. While attending The Young Ladies Seminary in 1858 Benicia, California, she finds a man who promises to love and cherish her. Instead he betrays her, leaving her with child, and Clarinda must take drastic measures to ensure her child doesn’t suffer for her foolishness. Richard Stevens’s life hasn’t turned out as he expected, and when a shocking letter turns even his past into a mystery, he travels to San Francisco in search of guidance. On the way, he encounters a mysterious young woman hiding beneath a veil. That night he experiences a dream that sends him on a quest to find the bride God has chosen for him. He never imag
7 comments
Read more
More posts