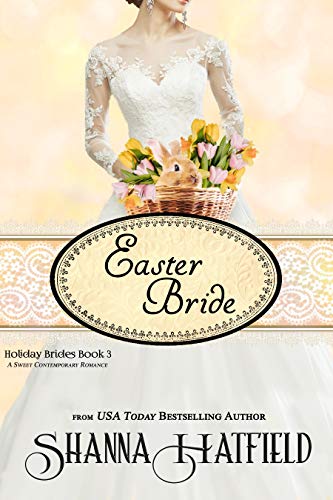 MY THOUGHTS:      If you've read any of my blogs, then you know I love Shanna's books. Congratulations to Shanna on her new release "Easter Bride". It's a great choice to read as we are now in Spring. The characters are fun and love-able. You'll see some familiar people especially Ruth and Matilda. I loved the plot Matilda comes up with to play matchmaker. This lady cracks me up, she is hilarious! I always enjoy the animals Shanna weaves in throughout the pages. They are fun, quirky and the names will keep you smiling. A great book and a great story!. Blessings, Karen Rating: 5* I received a copy of this book free and all opinions are my own. About Shanna Hatfield USA Today Bestselling Author Shanna Hatfield writes character-driven romances with relatable heroes and heroines.  Her historical westerns have been described as "reminiscent of the era captured by Bonanza and The Virginian" whil
2 comments
Read more
March 07, 2019 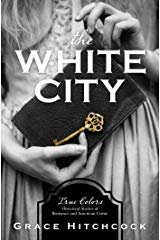 Mysterious Disappearances                                              Taint the Chicago World’s Fair Step into True Colors -- a new series of Historical Stories of Romance and American Crime While attending the Chicago World’s Fair in 1893, Winnifred Wylde believes she witnessed a woman being kidnapped. She tries to convince her father, an inspector with the Chicago police, to look into reports of mysterious disappearances around the White City. Inspector Wylde tries to dismiss her claims as exaggeration of an overactive imagination, but he eventually concedes to letting her go undercover as secretary to the man in question—if she takes her pistol for protection and Jude Thorpe, a policeman, for bodyguard. Will she be able to expose H. H. Holmes’s illicit activity, or will Winnifred become his next victim? MY THOUGHTS:       A riveting, on the edge of your seat story that keeps you turning the page. This book is remarkably written around a true story set dur
Post a Comment
Read more
March 04, 2019

About the Book Title:  The Great Lakes Lighthouse Brides Author:  Kathy Rouser Genre:  Christian Historical Romance Release date:  November 1, 2018 Publisher:  Barbour   Lighthouses have long been the symbol of salvation, warning sailors away from dangerous rocks and shallow waters. Along the Great Lakes, America’s inland seas, lighthouses played a vital role in the growth of the nation. They shepherded settlers traveling by water to places that had no roads. These beacons of light required constant tending even in remote and often dangerous places. Brave men and women battled the elements and loneliness to keep the lights shining. Their sacrifice kept goods and immigrants moving. Seven romances set between 1883 and 1911 bring hope to these lonely keepers and love to weary hearts. The Last Memory  by Kathleen Rouser 1899—Mackinac Point Lighthouse Natalie Brooks loses her past to amnesia, and Cal Waterson, the lighthouse keeper who rescues her, didn’t bargain on risk
5 comments
Read more
More posts