About the Book Title : The Innkeeper’s Daughter   Author : Michelle Griep   Genre : Historical Christian Fiction   Release Date : March 1, 2018   A London officer goes undercover to expose a plot against the Crown Dover, England, 1808: Officer Alexander Moore goes undercover as a gambling gentleman to expose a high-stakes plot against the king—and he’s a master of disguise, for Johanna Langley believes him to be quite the rogue. . .until she can no longer fight against his unrelenting charm. All Johanna wants is to keep the family inn afloat, but when the rent and the hearth payment are due at the same time, where will she find the extra funds? If she doesn’t come up with the money, there will be nowhere to go other than the workhouse—where she’ll be separated from her ailing mother and ten-year-old brother. Alex desperately wants to help Johanna, especially when she confides in him, but his mission—finding and bringing to justice a traitor to the crown—must come fi
3 comments
Read more

"I Can Only Imagine" movie 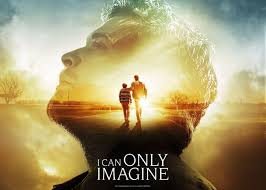 Songs speak to us - most of us have heard a song that speaks to us whether in a encouraging way or comforting way. I have, God has encouraged me, comforted me, strengthened me and helped me through some tough times all through the words from a song. My husband and I just saw the movie "I Can Only Imagine", the faith-based film based on the growing up years of Bart Millard. He is the lead singer for the band "Mercy Me".  While I was watching, there was something different in the atmosphere of the theater. I couldn't figure out what it was until later, while my husband and I went for a motorcycle ride. As I enjoyed the scenery, the reason for the difference in the atmosphere of the theater came to me clearly and it was because the presence of The Holy Spirit was there. I've seen other faith-based movies but never have I felt The Holy Spirit's presence as strongly as I felt it today. And then I wondered why? Why t
Post a Comment
Read more
More posts