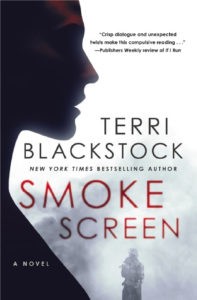 One father was murdered, and another convicted of his death. All because their children fell in love.
Nate Beckett has spent his life fighting wildfires instead of the lies and rumors that drove him from his Colorado home town. His mother begs him to come to Carlisle now that his father has been released from prison, but it isn’t until he’s sidelined by an injury that he’s forced to return and face his past. But that means facing Brenna too.
Fourteen years ago, Nate was in love with the preacher’s daughter. When Pastor Strickland discovered Brenna had defied him to sneak out with Nate, the fight between Strickland and Nate’s drunken dad was loud—and very public. Strickland was found murdered later that night, and everyone accused Roy Beckett. When the church burned down, people assumed it was Nate getting even for his father’s conviction. He let the rumors fly and left Carlisle without looking back.
Now, Brenna is stunned to learn that the man convicted of murdering her father has been pardoned. The events of that night set her life on a bad course, and she’s dealing with a brutal custody battle with her ex and his new wife where he’s using lies and his family’s money to sway the judge. She’s barely hanging on, and she’s turned to alcohol to cope. Shame and fear consume her.
As they deal with the present—including new information about that fateful night and a wildfire that’s threatening their town—their past keeps igniting. Nate is the steady force Brenna has so desperately needed. But she’ll have to learn to trust him again first. 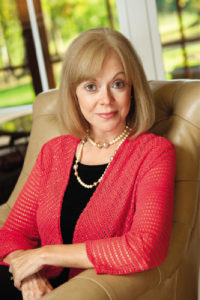 Terri Blackstock has sold over seven million books worldwide and is a New York Times and USA TODAY bestselling author. She is the award-winning author of Intervention, Vicious Cycle, and Downfall, as well as such series as Cape Refuge, Newpointe 911, the SunCoast Chronicles, and the Restoration Series. Visit her website at www.terriblackstock.com; Facebook: tblackstock; Twitter: @terriblackstock

I woke up in a blinding bright room, my clothes off and something clamped to my face. I tried to reach it, but I couldn’t bend my right arm, and my hand stung. An IV was taped to my other hand, but I moved carefully and touched the thing over my face.
An oxygen mask. I tried to sit up. “What happened?”
T-bird came to my bedside, a sheen of smoky sweat still soiling his face. “Nate, lie back, man.”
“The fire,” I said. “Need to get back. My men.”
“They’re still there. Making progress. But you’re not going anywhere near a fire for a month or so.”
I took the mask off and coughed a little, but managed to catch my breath. “A month?”
“Yep. Second degree burns on 20 percent of your body. Some of the burns are deep.”
It came back to me, the event that had gotten me here.
“The family. Were they injured?”
“Not a scratch or burn. Turns out it was a U.S. Senator from Kansas. He says you’re a hero.”
“You know I had no choice. They were in the path—”
“Take the praise where you can get it, man. We don’t get that much.”
I looked at my right side. My right arm was bandaged, and so was my side and down my right leg to the point where my boots had stopped the flames. Second degree wasn’t so bad, I told myself. Third degree would have been brutal. I’d be able to leave the hospital soon. I’d heal.
“I won’t need a month,” I said.
“Yes, you will. They can’t let you go back. Doctor’s orders. You’re grounded until he releases you.”
I managed to sit up, but it was a bad idea. The burns pulling on my skin reminded me why I shouldn’t. “I can’t be grounded during fire season. Are you crazy? I need to be there. You don’t have enough men as it is.”
“Sorry, Nate. It is what it is. Why don’t you go home to Carlisle for a while? Take it easy.”
Go home? Pop had just been pardoned, and he and my mom were trying to navigate the reunion. Though she would love to have me home, I didn’t know if I was up to it. My father could be challenging, and fourteen years of prison hadn’t done him any favors.

Posted by Karen Sue Hadley at 1:00 AM No comments: 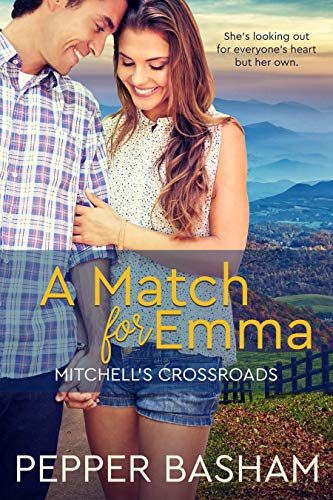 Emma Mitchell may enjoy sprinkling romance into the lives of others, but her own plans involve a single first-class ticket to culinary school in Europe.When her best friend, Jon Noble, suddenly moves back to Ransom, Emma’s fairly certain her life can’t get any better…until her matchmaking schemes nosedive, her culinary future falls flat, and a life-long friendship begins to teeter on the brink of something unexpected.With a little inspiration from Jane Austen’s classic and a touch of Blue Ridge charm, will Jon and Emma discover that what they need the most may be the last thing they’re trying to find? 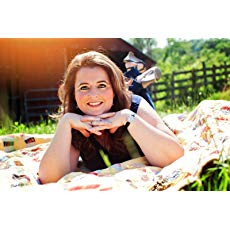 Pepper Basham is an award-winning author who writes romance peppered with grace and humor with a southern Appalachian flair. Her books have garnered recognition in the Grace Awards, Inpsys, and the ACFW Carol Awards, with The Thorn Healer selected as a 2018 finalist in the RT awards. Both her contemporary and historical romance novels consistently receive high ratings from Romantic Times, with Just the Way You Are as a Top Pick. Most recently she's introduced readers to Bath, UK through her novellas, Second Impressions and Jane by the Book, and taken readers into the exciting world of WW2 espionage in her novella, Façade. The second novel in The Pleasant Gap series, When You Look at Me, arrives in October and her contribution to Barbour's wonderful My Heart Belongs series hits the shelves in January 2019 with My Heart Belongs in the Blue Ridge. Her books are seasoned with her Appalachian heritage and love for family. She currently resides in the lovely mountains of Asheville, NC where she is the mom of five great kids, a speech-pathologist to about fifty more, and a lover of chocolate, jazz, hats, and Jesus.You can get to know Pepper on her website, www.pepperdbasham.com, on Facebook, Instagram, or over at her group blog, The Writer's Alley.
MY THOUGHTS:
The moment you pick up one of Pepper's books, you will be hooked. Her talent and love for writing books are so apparent in her books and life. Her newest book "A Match for Emma" is fun yet, its like you've arrived in a place you've been looking for all your life. You'll feel like family and friends with the towns people. You'll also feel like giving Emma a little shake, tell her to open her eyes, stop matchmaking for others and see whats right under her nose. When her heart becomes apparent, will she make her feelings known or will she keep quiet hoping not to ruin the comfort her life gives her. Will she stand up? Or will she run? One way to find out, READ THE BOOK!!!
Blessings,
Karen Hadley
Rating: 5*
I received this book as a gift and all opinions are my own.

Posted by Karen Sue Hadley at 3:57 PM No comments: 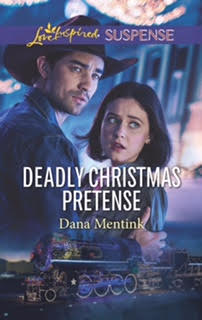 Genre:  Christian Suspense, Mystery, Romance
Release Date: November 4, 2019
A cowboy to her rescue…but she’s not who he thinks she is.
Posing as her sister for Christmas is the only way to save her, but Maggie Lofton needs help—even if it means working with her twin’s cowboy ex-boyfriend, Liam Pike. But between the bull’s-eye on her back and the dangerous connection she’s forming with Liam, Maggie’s mission is harder than expected. Will their tenuous partnership be enough to shield her when the killer closes in?
Book #2 in the Roughwater Ranch Cowboys series
Click here to get your copy. 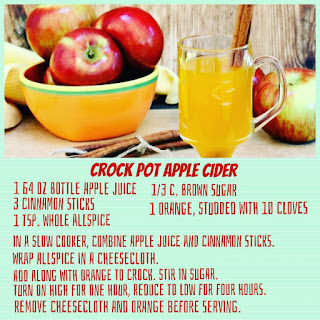 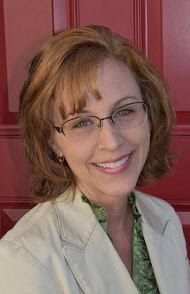 Dana Mentink is a two time American Christian Fiction Writers Carol Award winner, a Romantic Times Reviewer’s Choice Award and a Holt Medallion winner. She is a national bestselling author of over forty titles in the suspense and lighthearted romance genres. She is pleased to write for Harlequin’s Love Inspired Suspense, Harlequin Heartwarming and Harvest House. Dana was thrilled to be a semi-finalist in the Jeanne Robertson Comedy With Class Competition. Besides writing, she busies herself teaching third grade. Mostly, she loves to be home with Papa Bear, teen bear cubs affectionately nicknamed Yogi and Boo Boo, Junie, the  nutty terrier, a chubby box turtle and a feisty parakeet. You can connect with Dana via her website at danamentink.com, on Facebook, YouTube (Author Dana Mentink) and Instagram (dana_mentink.)

I just love Christmas, don’t you? In our area we have a lovely holiday train. It’s an old steam type train which is decked out in lights for festive holiday tours. I was so thrilled that this cover features just such a train. Of course, in the novel the train is the scene of hair raising danger! Maggie, our heroine in this novel, is a cook. She serves up some mouth watering dishes (when she’s not dodging a killer.) I thought perhaps you might enjoy a Mentink holiday family recipe! God bless you as we enter this holiday season!

To celebrate her tour, Dana is giving away the grand prize package of a  a book necklace, Amazon gift card, and a paperback copy of the book!!
Be sure to comment on the blog stops for nine extra entries into the giveaway! Click the link below to enter.
https://promosimple.com/ps/ed7d/deadly-christmas-pretense-celebration-tour-giveaway
Posted by Karen Sue Hadley at 1:00 AM No comments: