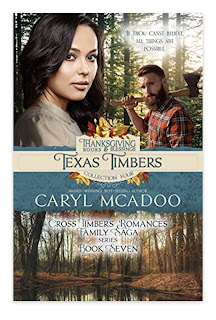 What a sweet story about happily ever afters with a little craziness tossed throughout the story. Autumn knows what she wants and even more what God has revealed to her about the man she is to marry. But will he be easy to convince? A story that the one and only Caryl can write! Love, romance, intrigue and a page turner!! READ THE BOOK!

I received this book as a gift and all opinions are my own. 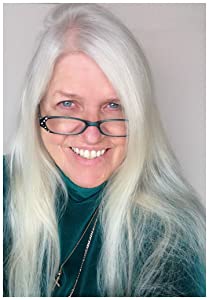 In the fall of that year, the prolific author followed with two more titles independently, HEARTS STOLEN, book one of her Texas Romance Family Saga series (TxRFSs) set in 1839-1844, an Amazon #1 Best-seller, and A LITTLE LOWER THAN THE ANGELS, volume one of her first Biblical fiction series, The Generations (TGenBFs)--also an Amazon #1 Best-seller.

In an exciting 2015--with God's help--she released eleven new releases! Three for her historical Texas Romance Family Saga, three for The Generations Biblical fiction series, three for the contemporary Red River Romances Romance series (RRRs), a non-fiction book on writing, and book one of a new mid-grade series Days of Dread Trilogy. This amazing accomplishment went as follows:

THEN THE DELUGE COMES March - volume 2 of TGenBFs

STORY & STYLE, The Craft of Writing Creative Fiction - June - a handbook for writers

ONE AND DONE - July - the third RRRs, for Baseball lovers and those who are not

DAUGHTERS OF THE HEART (1854) September - book four of the TxRFSs

THE KING'S HIGHWAY - October - book one of the Days of Dread Trilogy for mid-grade/YA.

Loving the characters too much to leave them, she started a series of "Companion Books" using the ancestors and descendants of these beloved families. There are six "Companion Books now:

BIPARTISAN Love (1968)--these two titles have the same hero Cody, a twelve-year-old in the first and grown in the next

The prolific author has joined several multi-author collections, organizing a few herself, with more historical romance stories. Her first was "Lockets and Lace" with:

Caryl's heart to serve is apparent as she helps new authors realize their dreams. Besides teaching writing creative fiction, she also works to show them how to format their novels and the importance of good edits from fresh eyes. As she was mentored at the DFW Writers' Workshop fifteen years (1993-2008), she hopes to pay God's blessings forwarding mentoring others.

For every good thing in her life--including four children and eighteen grandsugars--she gives God the glory. Caryl lives a country-life with Ron, her high school sweetheart and husband of fifty+ years (from 1968) in the woods a few miles south of Clarksville, the seat of Red River County, located in the far Northeast corner of Texas.