“Flour. Sheep. Coins. Wheat. Jesus never abandoned the familiarity of His time because what He had to say was so celestial or deep. Instead, He took advantage of what people already understood. In doing so, He didn’t just leave a way of salvation for us, but also a pattern of teaching to follow. This alone was my inspiration for how I chose to write Greek Word Study.”—author Chris Palmer

In a follow-up to his highly acclaimed book Letters from Jesus: Studies from the Seven Churches of Revelation, the Rev. Chris Palmer has written Greek Word Study: 90 Ancient Words That Unlock Scripture. With wit, humor, grace, and scholarship, Chris offers biblical insights while teaching Koine Greek words and phrases one delightful bite at a time. Unlike other books that overwhelm readers with Greek grammar, word formation, tenses, and the like, Chris makes the language accessible to anyone, using modern stories and analogies that engage readers and draw them into the Scriptures. Learning some Greek words and phrases helps you read the Bible in high definition!

“You don’t need to be scholar to read this book and you don’t need to know an ounce of Greek either. In fact, you don’t even have to really know much about the Bible at all,” Chris says. “All you need to do is just kick back and enjoy.” 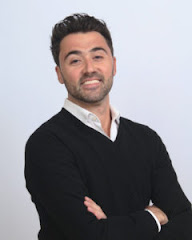 The Rev. Chris Palmer is the founder and pastor of Light of Today Church in Novi, Michigan, and founder of Chris Palmer Ministries. He is host of the popular podcast, Greek for the Week, seen on several Internet platforms. His first book with Whitaker House, Letters from Jesus: Studies from the Seven Churches of Revelation, has received dozens of five-star reviews from readers.
Chris began in full-time ministry in 2006 and began to preach internationally in 2009, helping many congregations grow, flourish, and expand. His desire for missions is to train and educate pastors, encourage congregations, support the vision of local church, and show the love of God to the culture. He has done this successfully for a decade in over forty nations of the world in Europe, Africa, South America, Asia, and the Caribbean, working with both traditional churches and the underground and persecuted church.
Chris earned a B.A. in Pastoral Studies from North Central University and an M.A. in Exegetical Theology, magna cum laude, from Moody Theological Seminary. He is a sought-after Greek scholar for his ability to make God’s Word come alive from the Greek in a unique way. Chris is often invited to present Greek and hermeneutics workshops at Bible and ministry schools. He recently began working on his Ph.D. at the University of Wales, Bangor, in the area of Johannine literature, particularly the book of Revelation.
His previous books include the self-published Living as a Spirit: Hearing the Voice of God on Purpose, The 85 Questions You Ask When You Begin a Relationship with God, The Believer’s Journey, and Escaping the Haunting Past: A Handbook for Deliverance.

Study 12: Immeasurable: Hyperballō; ὑπερβάλλω)
And what is the immeasurable greatness of his power toward us who believe, according to the working of his great might. (Ephesians 1:19)
Over the years, I’ve been privileged to travel to many lands and countries to preach the gospel. One of the best parts about this is experiencing the different cultures, particularly their food and cuisines. Meals are times of joy and jubilee, when the hosts go all out to make me feel at home.
This is especially true in Sicily. I’ve often joked with my Sicilian friends that eating is a full-time job there. Sicilians take pride in making sure you are well fed, and you’ll often hear them say, “Mangia” (eat) or “Mangia qualcosa” (eat something), even right after you’ve just eaten. Food is of the utmost importance there and the answer to many of life’s problems. I understand this because my grandparents were of Sicilian descent.
There’s a joke in Sicily about a young man with a guilty conscience who tells his mother, “Mama, I’ve robbed a bank.” She says, “Well, that’s not good.” Then, he says, “And I’ve stolen a car.” His mama says, “I see. That’s not good either.” Then he says, “And I haven’t eaten today.” And she jumps up from her seat and screams, “What! You haven’t eaten? What’s wrong with you!?”
I once invented a joke of my own that the Sicilians found funny. I said, “After studying God’s Word, I’ve discovered the disciples of Jesus were Sicilian.” They looked perplexed. While they were still scratching their heads, I had them turn to John 4:31, which says, “Meanwhile the disciples were urging him [Jesus], saying, ‘Rabbi, eat.’” I think that joke has been making its way around Italy ever since.
Needless to say, there’s never been a time when I’ve been disappointed with mealtimes. I’ve been to Sicily twelve times and I can’t think of one instance when I didn’t have more than enough food placed before my eyes. I will never forget the first meal I had in Sicily. It was on a Sunday afternoon after church. I was told we were going to have “a little something” before dinner that evening. They brought out course after course after course. I was stuffed to the gills before the main course even arrived¾and this wasn’t even dinner.
My translator told me later, “Chris, the Sicilians go all out for every meal. You are never going to survive if you try eating everything.” If I’ve learned anything about the wonderful Sicilian people over the years, it’s that they don’t mess around when it comes to food: it’s always going to be over and above, more than enough, and plenty left afterwards.
The apostle Paul talks about God’s power this way in Ephesians 1:19. Here, Paul was sharing with his church in Ephesus what he prays for them. He tells them that he prays they will know the hope that God has called them to and the riches of God’s “glorious inheritance in the saints” (verse 18).
The hope that God called us to represents the beginning of the Christian life. While we did call upon God to be saved (see Romans 10:13), He first called us. He called us to belong to Christ and have a new life free from sin, to be holy and separate from the world, and be part of God’s celestial family.
The riches of His glorious inheritance in the saints alludes to the end of the Christian life. It is our total inheritance, which we will receive when the fullness of time comes. Until then, we are waiting for it with patience. In short, verse 18 speaks about the beginning and end of the Christian life.
At present, we find ourselves in the middle. Our Christian life has taken off, but we have yet to receive the totality of God’s promises. As we make our way toward receiving this final inheritance, we find our path strewn with all sorts of challenges, difficulties, and suffering. To push us past these and over the goal line, God has given us His power—“what is the immeasurable greatness of his power toward us who believe.”
The Greek word for “immeasurable” is hyperballō. It is a two-part Greek word that comes from: hyper (above, over, beyond, more than) and ballō (to throw or cast). It literally meant to “throw beyond” or “surpass.” Over time, it came to express other means of excessiveness such as outbidding someone at an auction, extreme heat from a fire, unbearable pain, and the intense brightness of stars. Hence, it was a word used for something that stood out, excelled the norms, and went beyond the standard amount.
The idea in this Scripture is that God supplies an over-and-above ration of His power to help us overcome the obstacles and challenges we face so we can receive the full inheritance promised to us. Not just a little, just enough, or even more than enough, but an over-and-above, highly excessive amount, like a meal in Sicily. We can stuff ourselves with God’s power and never come close to exhausting it. It’s all around us and is ours for the taking. And we aren’t to be stingy with it because there is enough to go around and plenty to take home.
Perhaps you are wondering how you can tap into this smorgasbord of power. The way Paul tapped into it: through prayer. When you come into prayer, you stand before a banquet table that is heaped with everything you could possibly need to overcome your troubles. And you are free to take.

Through the Lens of Scripture, August 13

For the Love of Literature, August 14

For Him and My Family, August 20

"The Greek Word Study" is a must for any Scripture Studying Scholar or even if you occasionally want to see what a word in Scripture means in Greek. This study is basic, simple to use and written in a way that is easy to understand. I enjoy having this resource within reach. I like being able to read what a word means in the way it was intended. You'll want to invest in this resource.

I requested a copy of this book and all opinions are my own.

To celebrate his tour, Chris is giving away the grand prize package of a $20 Starbucks gift card!!
Be sure to comment on the blog stops for nine extra entries into the giveaway! Click the link below to enter.
https://promosimple.com/ps/fec0/greek-word-study-celebration-tour-giveaway

Pint of No Return by Dana Mentink

About the Book Book:   Pint of No Return Author:  Dana Mentink Genre:  Cozy Mystery Release date:  May 25, 2021 The first in new dessert cozy mystery series! A murder in town is bound to shake things up… After her divorce from her thrice-married embezzler husband, Trinidad Jones is finally ready for a fresh start. So when she’s left one of ex’s businesses in Upper Sprocket, Oregon, she decides to pack up her dog, cash in her settlement, and open her dream business: the Shimmy and Shake Shop, introducing the world to her monster milkshakes. And even with a couple sticky situations underway, namely that the other two ex-wives also call Sprocket home, Trinidad’s life seems to be churning along smoothly. That is, until she discovers her neighbor, the Popcorn King, head down in his giant popcorn kettle. When one of Trinidad’s fellow ex-wives is accused of the murder and Upper Sprocket descends into mayhem, it’s going to take a supersized scoop of courage to flush out the killer.   Click h
Read more

About the Book Book:   Bridge of Gold Author:  Kimberley Woodhouse Genre:  Christian Historical Release date:  June 2021 Repairs on the Golden Gate Bridge Uncover a Century-Old Murder Walk through Doors to the Past via a new series of historical stories of romance and adventure. Underwater archaeologist Kayla Richardson is called to the Golden Gate Bridge where repairs to one of the towers uncovers two human remains from the late 1800s and the 1930s. The head of the bridge restoration is Steven Michaels, who dives with Kayla, and a friendship develops between them. But as the investigation heats up and gold is found that dates back to the gold rush, more complications come into play that threaten them both. Could clues leading to a Gold Rush era mystery that was first discovered during the building of the bridge still ignite an obsession worth killing for?   Click here to get your copy!   About the Author Kimberley Woodhouse  is an award-winning and bestselling author of more than t
Read more