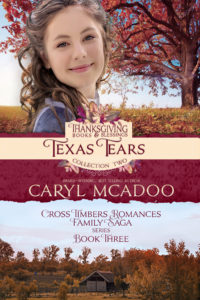 Book: Texas Tears
Author: Caryl McAdoo
Genre: Christian Historical Romance
Release Date: September 2, 2019
Just like Mexico and the U.S. wanted the Republic of Texas; best friends Charity and Arlene want the same man. Who will Texas choose? Who will the man? Will Eberhart de Vecchi, the object of the young ladies’ desires, follow his heart or his mother’s advice? And what of the interloper from New Orleans who knows exactly whom he loves? Can a Christian find happiness with a non-believer? Only the Lord knows the future, but He does give the desires of the heart to those who delight in Him. 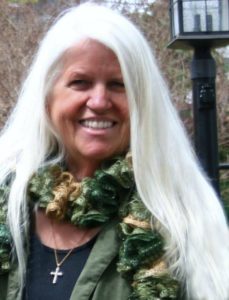 About the Author
Caryl McAdoo prays her story brings God glory—what she lives to do. Her award-winning, best-selling novels enjoy a lion’s share of 5-Star ratings from Christian readers around the world. With forty-five titles, it’s obvious she loves writing almost as much as singing the new songs the Lord gives her—listen to a few at YouTube. ‘Golden husband Ron shares four children and eighteen grandsugars. The McAdoos live in the woods south of Clarksville, seat of Red River County in far Northeast Texas, waiting expectantly for God to open the next door.

TEXAS TEARS includes the vote to enter the Union or remain a Republic in 1845. Though it ended in an overwhelming approval to become a state, believe you me, tears fell all over Texas and have been falling since for some.
As a semi-closet secessionist, it wouldn’t bother me if the Texas Legislature voted tomorrow to become the Second Republic of Texas! There are plenty of true radicals living today in the Lone Star State who work diligently daily toward that end!
Anyway, tears also fell in the new Texas community where the four families first met in GONE TO TEXAS—the O’Neals, Van Zandts, Worleys, and Harrells—have been settling in five years. One of their own, Thomas Baldwin (introduced in book two, TEXAS MY TEXAS) represented them in the Texas Congress, going to Washington on the Brazos to vote!
Not all the tears that fell in that growing community were over the vote, but rather a man who came riding in on a magnificent black stallion. Eberhart de Vecchi was tall, handsome, and a perfect Prince Charming who swept the two young coming-of-age women there right off their high-topped shoes!
Friends their whole lives, the older, Charity O’Neal, claimed him right off, but Arlene Van Zandt the younger—only by six months and three days—who’s always given in before isn’t ready to acquiesce so quickly in this instance, smitten as she is.

And so, thar’s trouble in them thar hills! To thicken the sludge, enters the hard-working Landry Humble, Monroe’s (also introduced in book two TEXAS MY TEXAS) nephew. This young man, able to pick more than twice his weight in cotton in a day, knows immediately which lovely he wants.
My, my, my . . . the tears do fall in Texas, and not everyone can have a happy ending. Or can they?

For Him and My Family, September 16
D’S QUILTS & BOOKS, September 17
Moments With Mercy, September 18
Sara Jane Jacobs – Blog, September 19
Abba’s Prayer Warrior Princess, September 20
Truth and Grace Homeschool Academy, September 21
Happily Managing a Household of Boys, September 21
KarenSueHadley, September 22
MY THOUGHTS:
Caryl McAdoo is such a sweet lady and talented author. Her smile reflects the love of Christ. I love her motto
"Praying my story gives God the glory"
I love that and I am a fan of her books. In "Texas Tears" it begins will 2 young ladies and 1 young man. Yeah, not a good combination since both young ladies want that one man. Shortly though, in walks another young man and he has his heart set on one of the young ladies. My, my, my, do you feel a storm coming? Who will win the charming Eberhart? Will Landry get the girl who he knows is the only one for him? Within these thars hills, trouble brews until it blows up. But will it be for the good of both young ladies? Or will it ruin a life long friendship? A story that keeps your head turning left to right as if you were at a tennis game watching each of the players go back and forth.
A book worth reading filled with family, friends, pouting, friendship that becomes rocky, faith, paths and love.
Blessings,
Karen
Rating: 5*
I received this book as a gift and all opinions are my own.
A Reader’s Brain, September 28
Inklings and notions, September 29

To celebrate her tour, Caryl is giving away the grand prize of a $50 Amazon gift card!!
Be sure to comment on the blog stops for nine extra entries into the giveaway! Click the link below to enter.
https://promosimple.com/ps/e959/texas-tears-celebration-tour-giveaway