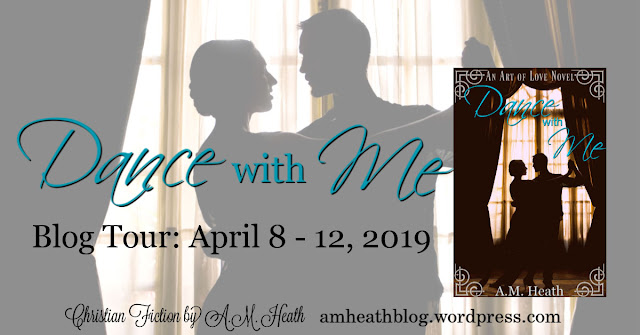 Book Description:
Will a new partnership tear their worlds apart … or will it be the piece they never knew was missing?
In 1959, Arleen Thatcher and Neil Fox are fierce competitors on the dance floor, so they’re the least likely pair to enter a televised competition together. But when rivaling studio owners decide to team up, the two find a partnership they never thought possible. Arleen’s reputation around town is reason enough for Neil to keep his distance from his new partner. But as Neil gets to know Arleen, he discovers a side of her few others have seen, one of dark family secrets and carefully-constructed facades. God’s plan for their partnership may involve more than a single dance; it may be the key to the healing Arleen so desperately needs.
The Art of Love series is compiled of stand-alone novels where the characters tell their own stories and love means so much more than passion.

CHECK OUT THESE WEBSITES ON THIS GREAT BOOK!!

Author Bio:
Besides being an Indie Author, I’m a wife, 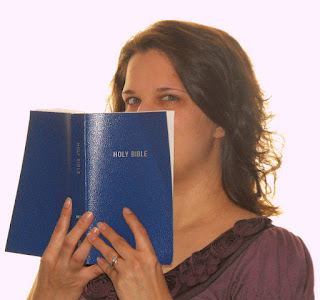 mother of four, children’s Sunday School teacher, sweet tea drinker, history fanatic, romantic, bubbly, lover of broccoli, and cake decorator who has a soft spot for Christmas trees, Reese’s Peanut Butter Cups, and sharing the gospel of Jesus Christ. What I’m not is a laundress (or at least not one who keeps up very well), a duster, tall, or patient in a doctor’s office.

I’d love to hear from you. You can visit me online on Facebook, Twitter, Goodreads, Pinterest, and my blog. *Note: I’m most active on Facebook and my blog.
Whether you’re on social media or not, you can ensure that you never miss one of my sales, giveaways, or new releases by signing up for my newsletter. I’ll send you a direct link to your email anytime something big happens. http://eepurl.com/dDbVNz
Blog: https://amheathblog.wordpress.com/
Facebook: https://www.facebook.com/AMHeathfanpage/
Goodreads: https://www.goodreads.com/author/show/8302606.A_M_Heath
Pinterest: https://www.pinterest.com/aheath2257/?eq=a.m.&etslf=5672
Twitter: https://twitter.com/AuthorAMHeath

CONGRATULATIONS TO A.M. HEATH'S NEW BOOK RELEASE!!! YAY!!!
I've had the privilege to have read all of her books! I love the way she
can transform a story of a life lived in the past to a life that is led to the now.
I loved the era in which this story takes place. I'm like, how do you do that?
She truly is a gifted author. In her newest release "Dance with me", you'll met Neil and Arleen and you will be in their corner rooting them on as they dance together in competition as well as battle each other in their hearts. Secrets emerge, fear is overcome, the desire to win pushes them to their limits. Is there romance? Can they face their feelings? Is love in their future? Hmmm, get the book and you'll be pleasantly surprised.

Blessings,
Karen Hadley
Rating  5*
I received this book as a gift and all opinions are my own.

Check out this giveaway! 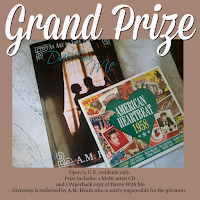